During classical times Olympia was the city of Ilia best known as the area where the Olympic Games took place, the greatest athletic event of the then-Greek world. Today Ancient Olympia is a village and a municipality of Ilia, built in the valley of river Alpheus. Nearby lies the archaeological site, one of the most popular ones in Greece!

Olympia was a sacred place in antiquity, dedicated to Zeus, where quatriannual games in the god’s honour took place, the renowned Olympic Games. The first games took place in 776 B.C.; according to tradition, Lycurgus of Sparta reached an agreement with Iphitus, the king of Ilida, regarding the establishment of worship events in Olympia in honour of the god. During these events it was agreed that there would be truce in the whole of Greece. The celebrations were held every four years until 393 A.D., when the emperor Theodosios A’ banned them, denouncing them as a pagan custom. The games revived much later, in 1896, when Baron Pierre de Coubertin took the initiative to bring them back to their birthland after many centuries, and have since been established as a worldwide event. 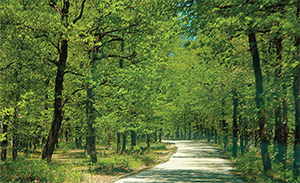 The home of the mythical Centaurs famous for the myths and legends that are connected with it in local legend.