Grecotel guests now have the unique opportunity to visit the first museum set in an archaeological park in Crete at Eleutherna, a short drive from Rethymnon.

Three decades of excavations at Eleutherna have revealed a plethora of insights into ancient Greek daily life from the Iron Age to Byzantium.

The secrets of Eleutherna that were uncovered by archaeologists from all over the world and headed by Professor Nikolaos Stampolidis of the University of Crete are unique. Houses and villas, broad streets and narrow lanes, public buildings, baths, reservoirs, votives in walls, altars and churches, furnaces and workshops, and above all the necropolis of the warriors and their families at Orthi Petra revealed a thriving society from the dawn of Greek history and the world of Homer. This site situated in the midst of an unspoiled and breathtaking Cretan landscape at the foothills of Mount Psiloriti, tells us the story of the habits and customs, manners, lifestyle, knowledge, and the journeys of the past inhabitants, their relationships, their occupations, and how their daily lives were.

This newly inaugurated interactive museum leads the visitor through a journey of the life of Eleutherna’s past inhabitants. In one wing, a six metre interactive wall illustrates the journey that many objects made to reach the hands of Eleutherna’s inhabitants, from Egypt, Syria, Athens, Asia Minor, Cyprus, North Africa and all over the Mediterranean revealing a lively trade several millennia ago.

Another wing of the museum is dedicated to the necropolis of Orthi Petra which has revealed data that bring to mind the burial customs depicted by Homer in The Iliad. His description of the funeral pyre of Patroclus draws parallels to the important cemetery finds from the Homeric age where tombs were laden with gold, silver, copper, metal, crystal, and glass bead jewellery, glass, clay and copper vessels, and scores of weapons, swords, sword tips and tools.

For 20 years Grecotel has continuously supported the excavations and now the Eleutherna Museum as it sheds unique light into Cretan history predating Minoan times.

Make it an unforgettable day excursion visiting Ancient Eleutherna, Margarites village with its pottery makers and Arkadi, the sacred monastery and museum. Just half an hour drive from Rethymnon town! 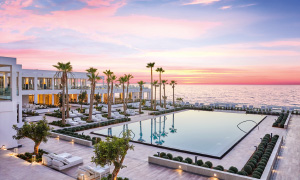 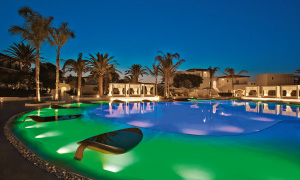 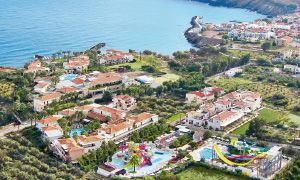 All in Lifestyle Resort
Marine Palace is built like a seaside Greek village with its neighbourhoods and herb-flower gardens.
VISIT HOTEL 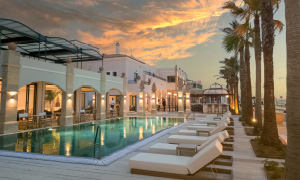 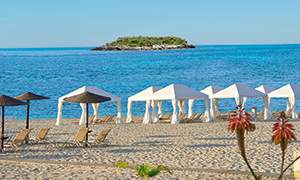 All in Lifestyle Resort
A magical palace on a natural beach overlooking a tiny island.
VISIT HOTEL 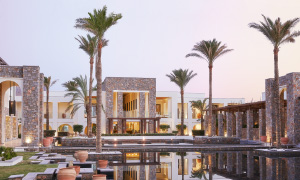