ACHILLEION PALACE (Palace of Sissy)
Located in Gastouri village 25 km from the Grecotel hotels, this luxurious villa was built for the Empress of Austria, Elisabeth von Wiltelsbach (more familiarly known as Sissy), by the Italian architect Raffaele Carito in 1892. Today the palace acts as a museum, whilst the stunning, colourful gardens that surround it feature prominent statues such as that of the dying Achilles. Ask the hotel to inform you for private tour and transfer package.

THE PALACE OF MON REPOS
The Mon Repos Palace estate (258 acres) takes up the most of the Analipsis hill where the ancient town of Corfu, Paleopolis, was located. It is 3km from the Town. In the centre of the garden is the imposing palace built in 1824 by British Commissioner Frederick Adams. It is a grandiose building that has been occupied by British Commissioners, Italian politicians, the Greek Royal Family and was the birthplace of Prince Phillip, Duke of Edinburgh. 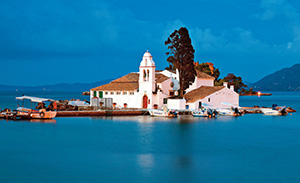 World famous Kanoni-Mouse island (Pontikonisi) are perhaps the trademarks of the island and Gouvia Marina the first privately owned marina in Greece. 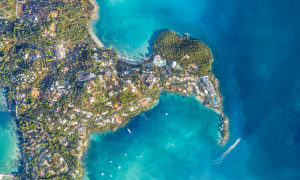 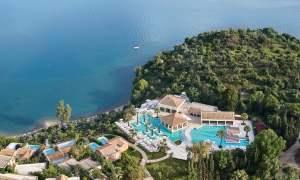 Luxury Beach Resort
As in happily ever after fairy tales, guests experience a respite and romantic time in a relaxed-paced heaven.
VISIT HOTEL

Lux Me Resort
A place of rediscovery...It’s a place that rekindles the spirit and sense of well-being.
VISIT HOTEL